For redefinition, I was thrown back to myself, to my inner knowing… Marilyn Sewell, Cries of the Spirit

How appropriate this word would fall on a holy day: Feast of Our Lady of Guadalupe, which also the auspicious 12/12/12. It is also the last new moon – and so also the darkest night – of this year.

While in a recent conversation with a client the importance of the Catholic saints suddenly took on new meaning for me. They are like the mythical gods and goddesses who represented different facets of human behavior and psychology. Praying to them is like a conversation with Self (or Jung’s “God Within.”) And then a friend IM’d me to wish me a happy Lady of Guadalupe day not knowing I was about to write this post. She told me was in Mexico on this day ten years ago and watched them celebrate The Virgin, whom they consider a goddess.

In my studies I have also come to realize that the Catholics’ adoration of Mary – and her associated feminine aspects – allows for a spiritual (mystery) dimension to their faith that feminine-void dogmas may not foster. Wisdom is traditionally considered feminine. Think Sophia, which means wisdom. Snakes, bees, owls, the moon… all symbols of wisdom and associated with various goddesses.

All these thoughts come on the heels of a women’s circle I attended over the weekend called ‘Gathering the Grandmothers,’ which was a celebration of the wise “elders” in our community. As part of the session the oldest woman in the group was asked to share one piece of wisdom she had learned (fyi: it is to LAUGH!). This gave me an idea for a project  which I will introduce that in a moment.

So let me break down why this day for me is a day symbolizing Wisdom, specifically the feminine wisdom we ALL hold in our bodies and that which can be heard when we LISTEN to ourselves, whether through writing, meditation, or prayer to the (inner)saint/goddess of our choice.

So, on this day of wisdom, I announce the start of a new project for the new year: WISE WOMEN SPEAK

When we listen and really hear the wise words of our elders we strengthen their voices and their Selves as well as ourselves – and ultimately our society. When we listen to each other we also begin to see each other. We raise our voices to raise the selves of all women.

Every two weeks, according to the phases of the moon I will post words of learned wisdom from elder women. I will be accepting submissions from Wonderfully Wise Crones (you can submit them here). I thank you in advance for your participation in this project (and I thank T.K. for the inspiration).

“She represents the creating, subversive power within and the creative subversions of post-colonial peoples. She is the invitation to speak, to narrate, to tell, to talk back.”

And it was referring to none other by Our Lady of Guadalupe! Wow.

*Significance of 12/12/12: Firstly, you can plainly see that the number 12 is prominent within these dates. 12 is a number of universal import and you see its repeating patterns in your culture; 12 hours of the day, 12 months of the year, 12 in a dozen, 12 zodiac signs, 12 apostles, and 12 days of Christmas, for example.

These relationships are not a coincidence, nor are they about convenience.
Within the 12 you find the number 3; the sacred trinity, third chakra, and number of creation. It is universal that when you put two things, ideas, or what have you, together, a third is naturally created.

In these December dates, you have three threes. This equals 9. Thus the creational value is tripled and the result is the completion of a cycle, which is a meaning inherent in the number 9. From this we can plainly see the vibrations at play of creation and completion, in the cycle of development. (From facebook.com/theGODDESStemple)

One thought on “Authentic Voice Project: W is for Wisdom” 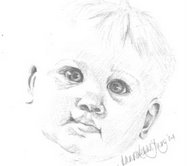